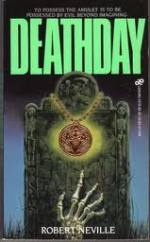 DEATH DAY
Note from Shaun: '...there was an edition of DEATH DAY Published in America in 1983 (before it was published here) which contains one scene that never made it into the English version...'
Written as Robert Neville
Date published: 1986
Publisher: Dorchester Publishing, New York
Format: Paperback
ISBN: 0-8439-2378-4 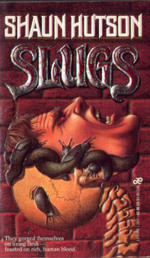 oozing out of dark, dank basements, driven by an insatiable thirst for human blood, an overpowering craving for warm flesh.

SLUGS - boring into human bodies, attacking the soft, internal organs, eating their victims from alive within.

SLUGS - swarming over the helpless, reducing them to a writhing mass of sinew and bone.

SLUGS - the most repulsive creatures on earth - the most terrifying book of the year. 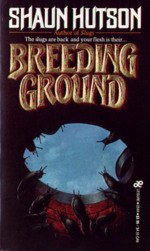 They oozed from the dank fetid sewers, their numbers swollen, their bodies engorged with the flesh of their victims.
In writhing masses, they attacked the young, the old, the defenseless, leaving behind only gnawed, bloody slithers of bone.
Or, unseen, unfelt, they penetrated the bodies of their sleeping human hosts - devouring them from within.
With their razor-sharp teeth and insatiable appetite, they brought with them a new menace - plague.
One touch of their slick, slimy trails turned ordinary people into demented, savage killers. 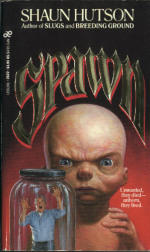 With an uncharacteristic tenderness, hospital orderly Harold Pierce rescued unborn children from the licking flames of the basement furnace.

With loving care, he buried their tiny, unformed bodies in shallow graves near his isolated shack.

With lunatic glee, he watched the jagged streaks of lightning scream across the sky, sending a charged power cable into his makeshift cemetery.

With utter amazement he saw life created from death - hellish spawn that nursed on blood & fed on the minds of the insane. 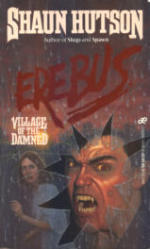 Wakely was a small, farming community, a mere flyspeck on the map. But there was something wrong with the people. They were pale and gaunt, many had abnormally long fingernails and some had noticed an enlargement of their canine teeth.

They were frightened at first, but soon came to love the darkness and hate the sunlight. They didn't want any strangers there, but they had a sudden craving for bloody, raw meat, and the supply of animals was running low...

There was something wrong with the town of Wakely - something that will chill you to the marrow of your bones. 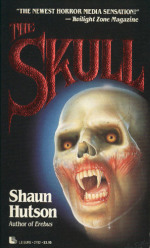 It had been waiting for centuries, buried an a place they called evil ground... waiting for just one drop of blood to restore it to life.

But, when Nick Regan discovered the skull on a construction site, he and his archaeologist wife Chrissie were more puzzled than alarmed. It was too large to be human, but looked like no animal skull they had seen. Their curiosity soon turned to fear when the bones grew a thin covering of grey flesh... and then to frantic terror when they discovered that it had come alive... 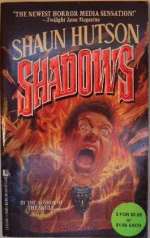 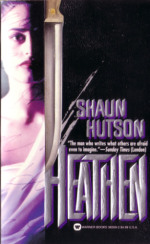 SOMETIMES DEATH IS JUST THE BEGINNING...
Chris Ward's twisted car wreck not only left Donna Ward a young widow, but the victim of Chris's surreptitious past. Slowly, the mysteries behind his hidden life emerge and confront Donna with the corpse of a beautiful woman...the sinister strangers stalking Chris's funeral...the ghastly intruders attacking her house...and more.

For it is the fate of Donna to become haunted and hunted as she discovers a secret that spans nations, meets a man last seen in a centuries-old painting, and becomes the target of inhuman crimes and hideous evil forces as old as time... 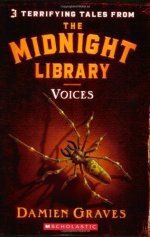 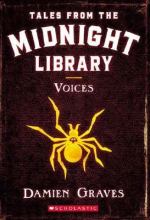 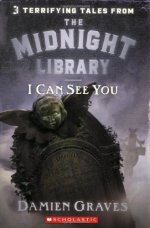